WHEN WE TWO PARTED 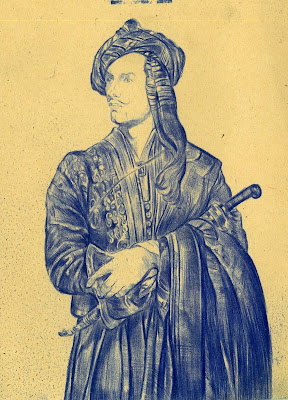 This is a portrait of Lord Byron in Albanian dress by Thomas Phillips, ca. Lord Byron was among the most famous of the English 'Romantic' poets; his contemporaries included Percy Shelley and John Keats. He was also a satirist whose poetry and personality captured the imagination of Europe. His major works include Childe Harold’s Pilgrimage (1812-18) and Don Juan (1819-24). He died of fever and exposure while engaged in the Greek struggle for independence.