In Growing up Amid the Historical Mysteries of Proximity: Pros & Cons of Being Neighbours

To speak of ‘meaning’ and of ‘truth’ in the middle of military agitation, geopolitical calculations, suffering, the grimaces of stupidity or else of lies is not ‘idealistic’: it is to get to the very nub of the thing. – Jean-Luc Nancy


The exhibition project and live events focus on the contradictory aspects of the notion of being neighbours, in relation to varying forms of deterritorialisations, reterritorialisations and the selective enforcement of borders, identificatory models offered by overlapping, competing and contested historical narratives, as well as political, social and cultural interaction between territory and desires in a time of globalisation, flexibilisation, precarity, mobility, migration, and occupation and how they combine to produce conditions of inclusion and mechanisms of exclusion.The existing, seemingly insurmountable incompatibilities in the formulation of borders, whether in the past or in the present time, find their ‘justification’ in the forming principles of the idea of territory and its borders growing out of the collective space, temporal fantasies and memory, manipulation of interests by political elites and economic formations confronted and delimited by their neighbouring formations. This leads us to relate these complex issues to a formal inquiry into the ways in which (self-)images of nation, race, gender, subjects are produced and naturalized, and the role of a hunger for belonging and for a smoothed and purified historical memory in this process, interacting on the one hand with space-time characteristics, and on the other with the discursive formation of knowledge-power relations – what Michel Foucault calls dispositive. Space is structured by giving it a meaning, by naming it and identifying it, through language and narrative and such rhetorical devices as metaphors, as well as verbal and visual constructions of a ‘homeland.’ 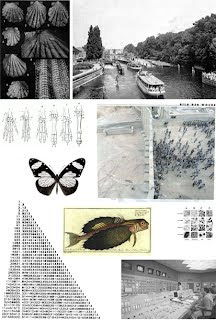 The borders of a territory would seem to be socially constructed mindscapes and as such immaterial, but they are also the material embodiments of the economic and military elaboration of disciplining and control procedures, of a security regime. The enforcement of ‘b/order’ categories is a political act, and ideologically commands notions of value and truth, even as its immaterial forces translate at times into hard barriers and walls of rock and concrete. But as Anssi Paasi puts it nicely, the existence of borders implies the possibility of crossing them – even if sometimes at the price of taking a substantial risk. Under what conditions can contemporary art practices in their globalised hybridity contribute to creating new possibilities for transgression, overcoming the demarcation of image regimes constitutive of borders and subverting the naturalisations at play?