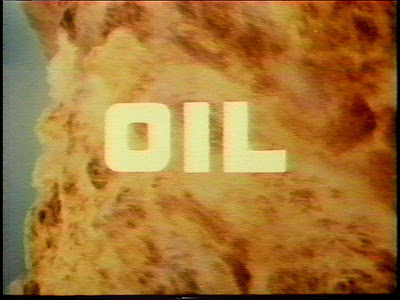 What would change in the Istanbul art scene, especially regarding artistic production and the art market, if Turkey, like Norway, found oil within its national borders?

Private funding and public funding are two contrasting art economies. They have different impacts on artistic production and circulation, involving divergent dynamics, strategies and processes. Within the context of the 'welfare state' versus 'private interest', our discussion project takes Norway's system of public art funding into consideration alongside the system of private resources, mainly originating from banks and big family businesses, which have established many private museums and dominate museum-sponsor relations in Turkey.

Oil, as a metaphor for a "sudden rise to wealth", ironically connects the two countries. It is an archetype of dreaming about wealth. But it also has distinct, local meanings in each context: in Turkey, there has been a nationalistic myth, which believes that there is oil in the country but that world superpowers prevent Turkey from finding it. A product of wishful thinking, or a schizophrenic phantasm of nationalism (esp. related to the history of Musul-Kerkük and the Kurdish-Turkish tension), some people continue to produce everyday speculations around this phenomenon, they reproduce it everyday again and again, you can hear it even today somewhere like a Turkish coffee shop or a taxi. It has already penetrated into everyday life or collective unconscious.

When Norway discovered its oil resources about forty years ago, it created overwhelming social changes. The Norwegian state is the main owner of the oil and gas company StatoilHydro and a huge investor and player in global markets. The welfare state is sustained by this oil fortune, with all its benefits – and hence, the oil indirectly provides working grants and travel stipends to Norwegian artists. Increasing wealth generates a surplus economy in the private sector as well. Oil, then, is the main actor of our fictional discussion!

Bringing the first-hand experience from Norway, England and Turkey, we would like to create a fictive story for starting our discussion to emancipate ourselves from the current positions and roles of contemporary art politics. We ask: What is happening in Turkey, especially in Istanbul, in regard to artistic production and the art market? Has the emergence of a nouveau-riche in Norway changed the level of production and circulation? What is the balance between private and public funding? Who is buying what and for what reasons? These questions will produce a series of speculations about the future possibilities of an ideal funding system.

With the organizational support of the Istanbul Foundation for Culture and Arts, IKSV, www.iksv.org

Hot Desking by CuratorLab
Hot Desking is a project, which takes "The Rest of Now" as a point of departure for further discussions and explorations. The project consists of four broadsheets and four discursive events in four cities – Rome, Stockholm, Paris and Istanbul – which will function as independent but related satellites of "The Rest of Now". The broadsheets and events will link ideas, themes and discussions initiated by the exhibition in Bolzano to the local context of the four cites. In each city, CuratorLab will "hot desk" an art magazine or other organization to produce these titles:

Muhtelif is an Istanbul based free contemporary art publication produced in Turkish/English, edited by Pelin Tan, Ahmet Öğüt, Adnan Yıldız, designed by Ali Cindoruk. Manifesta 7 special issue focuses on the relation of art/economy and the condition of "immaterial labor".