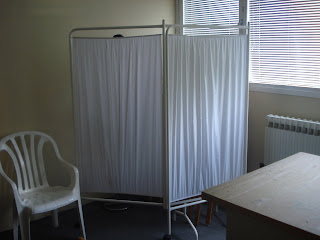 Urban Jalousie the 1st International Roaming Biennial of Tehran1st station: Istanbul, 30th May - 6th July 2008 Curated by Amirali Ghasemi and Serhat Koksal The theme of this biennial is URBAN JEALOUSY.
A Jalousie * (“jealousy” in French) is a window that one can see through but not be seen; barriers that allow us to observe the world without being invited tothe table. Iranian artists are given an understanding of what goes on in the world without being offered a single opportunity to communicate their thoughts—outside of our very own jalousie window: a rigid ethnic frame within an extremely politicized context.

Of all the huge urban areas around the world, Tehran stands out as a different kind of Megalopolis. Itboasts one of the most dynamic art scenes in the Middle East even as the city itself deals with a rudimentary public transport system, an exploding population crisis, and an ever-increasing sprawl ofmass housing; An unsightly city of experimental architecture that swallows entire villages and townswithout offering them any sort of public services.
Despite its complicated urban situation—which according to experts has already spiraled out of control—artists’ societies in Tehran continue to hold numerous biennials in semi-tribal fashion. A great number ofthese events are government-sponsored projects whose outlook and also their premises can shift 180 degrees from one year to the next.
Each community has its own set of ceremonies, as a result of which, any sense of solidarity among the artists is lost. The Tehran Visual Arts Festival, The Calligraphy Biennial, The Sculpture Biennial, The Cartoon Biennial,The Painting Biennial of the Islamic World, The Graphic Design Biennial, The Children’s Books Illustration Biennial, The Painting Biennial, The Poster Biennial, The Poster Biennial of the IslamicWorld… the list is endless. Although the legendary "TEHRAN BIENNIAL" goes back 50 years, not a single one of the above-mentioned events can be considered a biennial by prevailing and accepted international standards".
An arts society recently published a call to boycott the upcoming Painting Biennial in order to demand aprofessionally curated exhibition, protesting the open call process and a “jury” they deemed unacceptable. It seems impossible to have a proper Tehran biennial in Tehran, so our sprawling city and its elitist artscene remain excluded from the highly competitive art market in the region despite being surrounded from all sides by lucrative biennials and auctions.
We may have great artists living and working in Iran,but we don’t have a chance to share the profits. Tehran, as one may suppose, does not seem interested in presenting itself as a desirable destination forcultural tourism, by playing it ‘cool’ like other global cities, or scramble to be hip by coughing up themembership dues to be in the international art market.
So, to jumpstart the process, and after a long discussion with my friend, Serhat Koksal — a critic of the global biennialization process — we decided to curate a ‘mini’, on the move, Tehran biennial.
To not only stop complaining about the current situation but to benefit from the advantages of it. Anindependent, low- budget, traveling exhibition which can be presented almost anywhere. We will travel like nomads, carrying artwork, objects, texts, and whatever, in a package no bigger than a medium-sized suitcase, preferably weighing less than 20 Kg., so it can be carried on any cheap flight.

Urban Jealousy will end its journey in May 2010,but Tehran’s Roaming Biennial will carry on.
http://www.biennialtehran.com/ 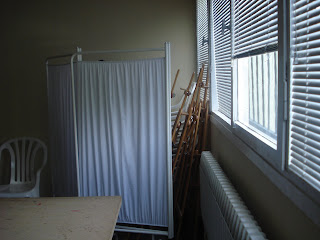